I Keep My Visions to Myself

There at the bar, V was wearing acid wash jeans and a dark red shirt with Grace Jones on the front. I was wearing blue short-shorts and a gray cotton shirt that read “Alaska” in inky letters, a state I’ve never actually visited.

The limits of ekphrasis are well-documented. It’s all been done before, but the gaze continues, the looking continues, despite our best intentions. V hands me a drink and I down it. He gives me a funny look, says, “Never been on a date with a Black boy, have you?” I want to melt into myself, disappear in a burst of exit-glitter. My eyes trace a vein on his neck, the fade behind his ear. “Why do you say that?” I reply, trying to be aloof. I do my best Claire Foy in The Crown, a million different considerations swimming underneath that cool, wet-eyed exterior.

I initiated the conversation on the app; he had a tattoo on his inner arm and I liked that. Uppercase delta: a symbol of mathematical change. “Change is the only constant,” or something. It was corny in the way most tattoos are, I knew that. But what had changed?

When I was getting ready to leave the house, I considered going into the bathroom and applying my roommate’s ruby lipstick. I thought about what kind of person I would get to be with those red lips. I thought about all the different people we hold inside of us, the selves that exist only in smudged mirrors, in the closets of older sisters, in selfies set to private. I didn’t go to the bathroom, though, and I didn’t apply the lipstick. Maybe I was worried about a double glance, a dismissive once-over, desire not returned. V takes a sip, looks around the bar. I do the same, taking in all the people drinking. Laughing. Maybe we are who we are—trauma robot, blood, discrete miracle of heat and experience and caprice—because someone, even when we wanted otherwise, gave us something for free.

It was the night before the Women’s March, and planes were leaving for D.C. It felt like the eve before some kind of battle, but that’s not a useful comparison; I do not know how to create a language of peace and peace alone. I hadn’t met V yet; he was still a stranger out there, living his life. Afraid, maybe, and not without reason—but I don’t know how to talk about that yet, about how he must have felt, in a way that doesn’t use his melanin for my own narrative ends. That doesn’t rob him of agency. (Then again, maybe this very project is a have-my-cake-and-eat-it-too situation.) “Oh love,” he would say later with that British accent he sometimes did, “I think you worry about my blackness more than I do.” I don’t know if there is any way to unyoke us from the past, and who exactly that would benefit. Can any two people really share their lives? Oh love. I don’t know, but maybe I’m willing to try.

On the night of the inauguration, though, I just watched. I watched footage of Barack and Michelle Obama waving goodbye to Washington and getting into a helicopter. It was on the bar TV, in a corner of the tobacco-stained ceiling. I watched as the Obamas pulled away from Donald and Melania, hoping for their sake that, regardless of ritual, they didn’t look back.

It was spring and a clap of thunder broke outside my window, rain pouring down in that way I like—regular, discernible. No mythic wind. The lights were off; what time was it? I checked my phone; no news was good news. V sat up on his elbow and looked at me. He put his hand on my chest, and I could feel the warmth of his palm through my cotton t-shirt. “So,” he said, “what is it you’re thinking about now?”

Jeremiah Moriarty is a writer from Minnesota. His writing has appeared in Cosmonauts Avenue, Fanzine, Split Lip, Glass: A Journal of Poetry, the Ploughshares blog, and elsewhere. His work has also been a finalist for The Iowa Review Award and nominated for a Pushcart Prize and PEN / Robert J. Dau Prize. A graduate of Carleton College, he lives in an old house in Minneapolis with some plants and his feelings. 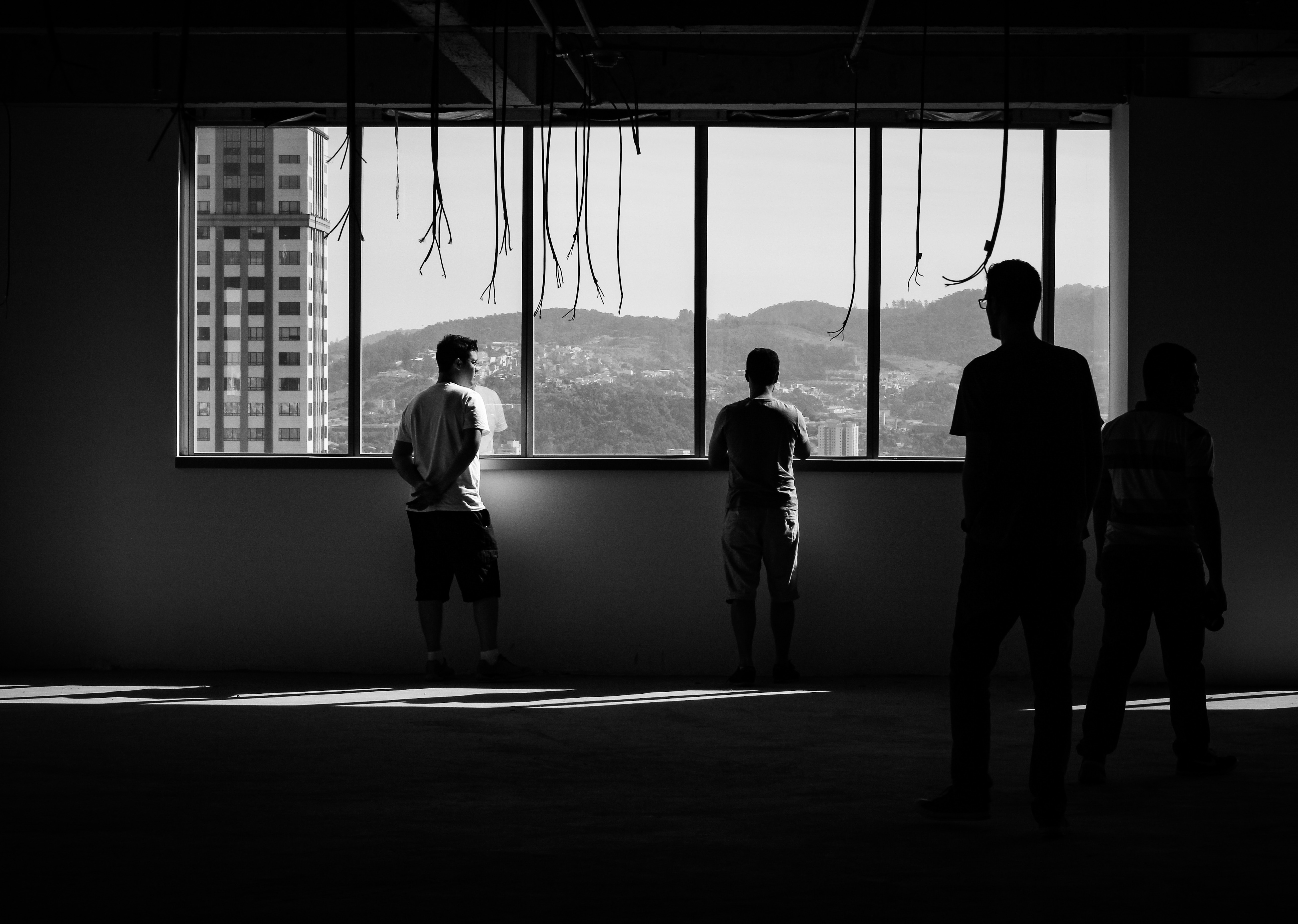